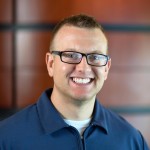 Jake Athey is director of marketing for Widen, a digital asset management software company based in Madison, Wisconsin.

Retail and travel verticals got some marketing technology (MarTech) love last week when investors funded startups. To see when that and other MarTech will be available to marketers, read on.

February 11, 20153 Things Marketers Will Love on Valentine’s Day and Beyond

In 2015, we'll see some marketing trends transform into more entrenched best practices. Marketers should always have a pulse on the latest marketing tools and broader trends, especially any that help them work more efficiently, offer personalized messaging and drive social engagement. In honor of the upcoming day of professing one's love, let's take a look at three trends marketers will be swooning over in 2015.

Following the success of the Republicans in the 2010 elections, things looked kind of bleak for Democrats across the land. But then Wisconsin happened. Governor Scott Walker, a Republican, supported bills in the state legislature that limited collective bargaining rights of some unionized government employees. The move sparked weeks of large protests, and the absence of some Democratic lawmakers, until the changes were pushed through. So ended act one of the great drama.